During the annual Freshmen Inductions, it has become a tradition for President, Vice-Presidents, Directors and Deans of administrative and academic units to accompany the freshmen to climb up the Overcoming Difficulties Slope. The tour of the Overcoming Difficulties Slope for the freshmen scheduled on 14 September this year was cancelled due to the heavy rainfall brought by Typhoon Talim (category 3 typhoon). At the Freshmen Banquet on 24 October, the President made mention of making up the cancelled event, to enable the freshmen to experience climbing the Overcoming Difficulties Slope. The event of “Offspring in Yilan to Go Back to Their Parental Home” was thus held on 28 November. Freshmen, transfer students, and all the administrative and teaching members took part in this event.
The participants took nine tour buses to head for the Tamsui Campus at 7.30 a.m. The tour buses arrived there at 10 o’clock one after another. The staff and students went into the Hsu Shou-Chlien International Conference Center, which was newly completed this year, to listen to the interactive presentation, “Meeting different futures”, given by the associate professor Mei-Mei Song at the Graduate Institute of Future Studies. A session of free time was arranged for the students after 11.30 a.m. The students went around in small groups to visit the Tamsui Campus and to taste the cuisines nearby. The participants gathered at the square in front of the Statue of Mr. Chang Ching-sheng. Led by Lanyang Campus Provost, Lin Jyh-horng, and the Dean for Student Affairs, the tour of the Overcoming Difficulties Slope started. All the participants walked along the Shui-yuan street and the Ying-zhuan road. The Military Education instructor and the Chief of the Security Division came to help direct the traffic so that the members could move forward smoothly. Upon reaching the Overcoming Difficulties Slope, the participants climbed up the slope merrily after seeing the notes on the board—it would consume 30,000 calories for each during this trip. The mission was completed without difficulty, and all the members have thus become true Tamkang people.
Then the members of this tour of more than three hundred people were divided into three groups to visit the Maritime Museum, Carrie Chang Fine Arts Center, and Chueh-sheng Memorial Library. Previously, when teachers based on the Lanyang Campus went back to the Tamsui Campus to have meetings, the library tended to be one of their usual destinations on the way. This was their fresh experience to visit the library after its refurbishment. In addition, for most of them, this was also their first experience to visit the two other buildings. They were quite impressed by the abundant collection of ship models in the Maritime Museum and the extraordinary guided tour given by instructor Huang Wei-kang. The participants set out at 3:50 p.m. and reached the Lanyang Campus at dusk. 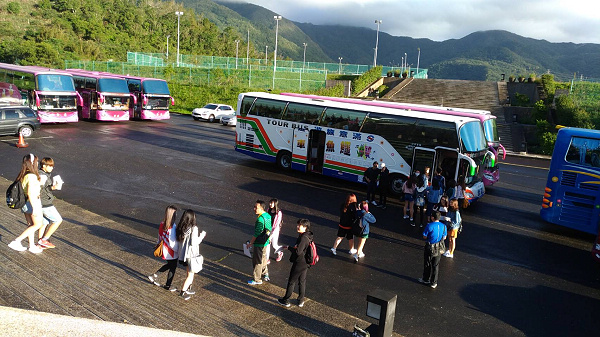 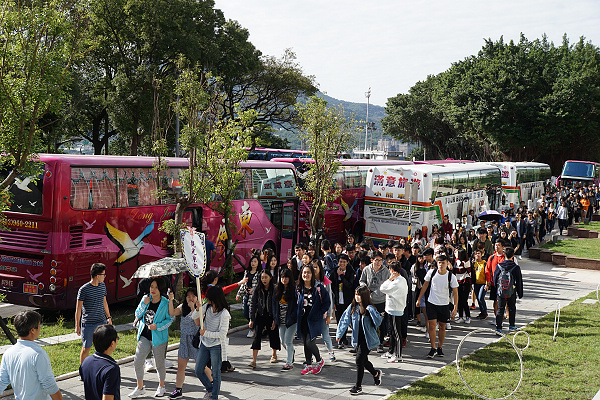 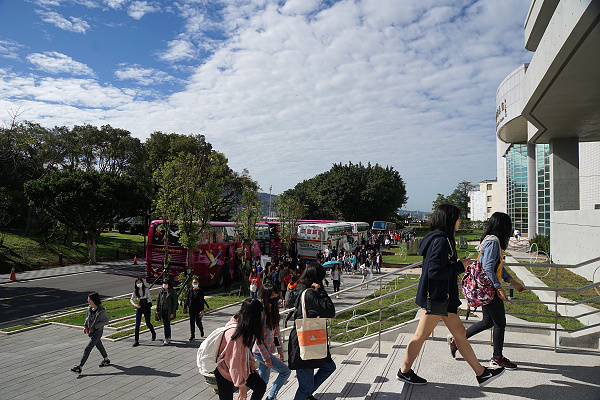 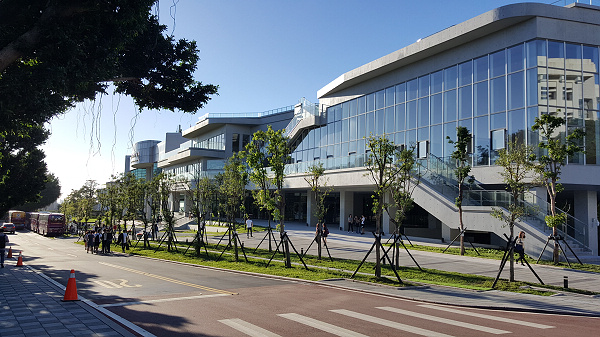 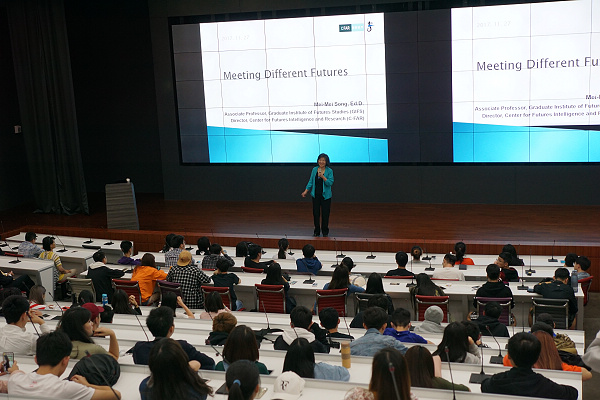 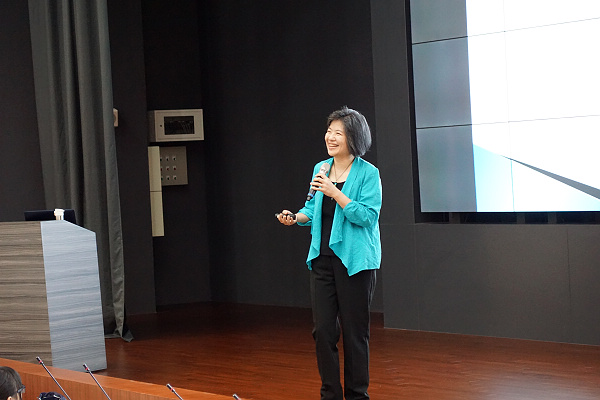 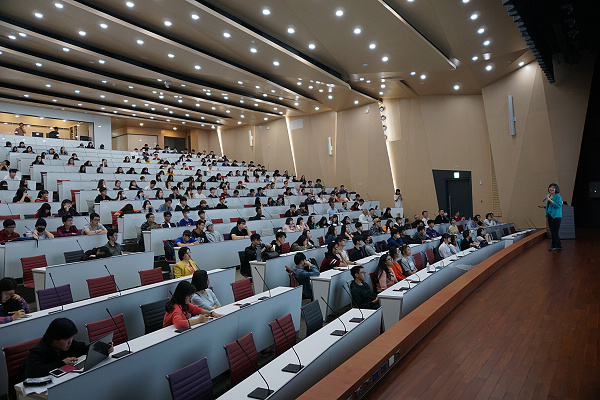 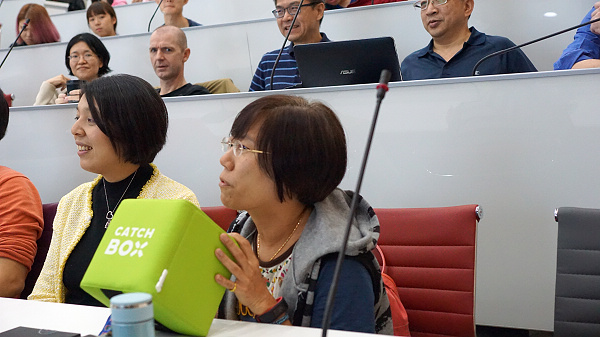 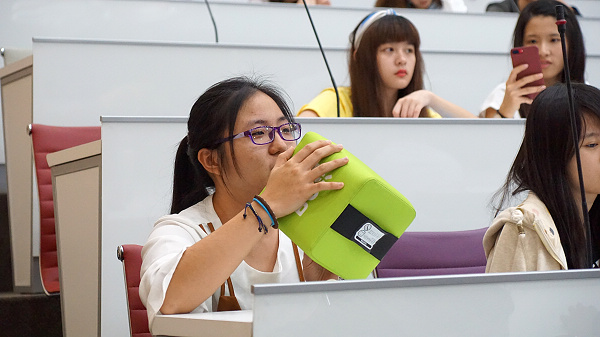 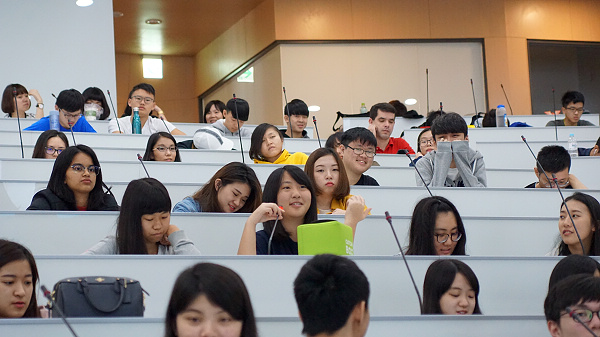 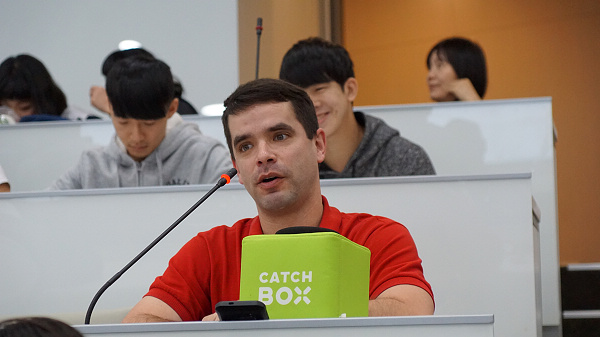 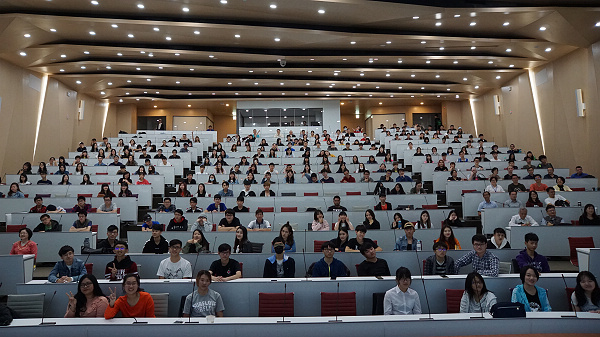 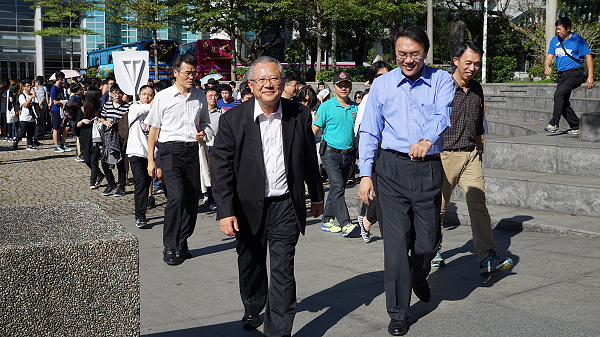 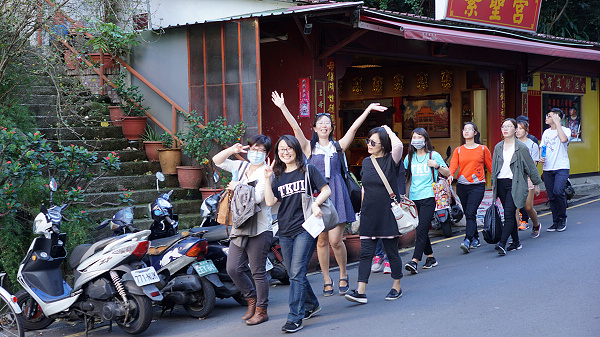 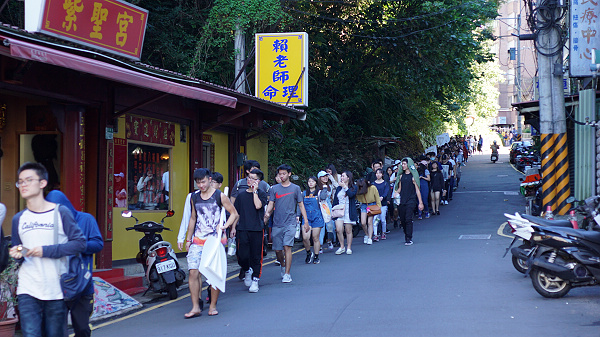 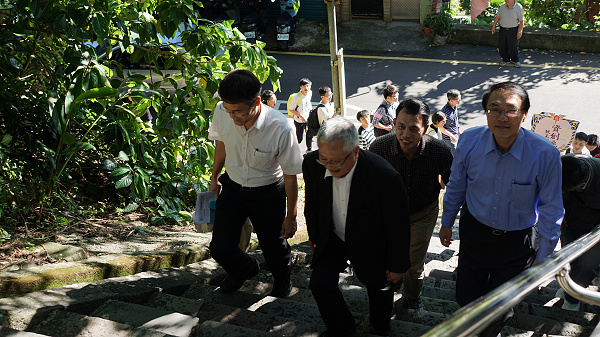 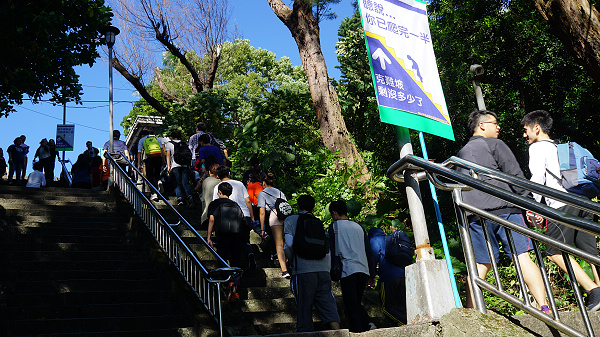 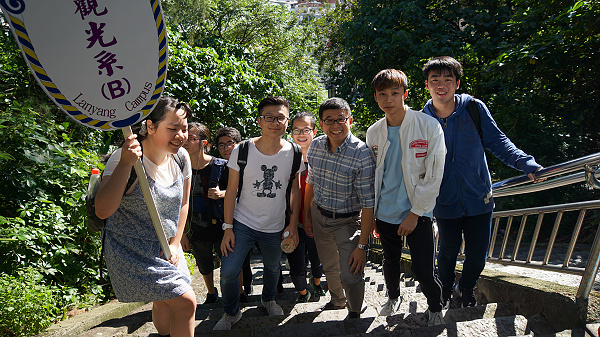 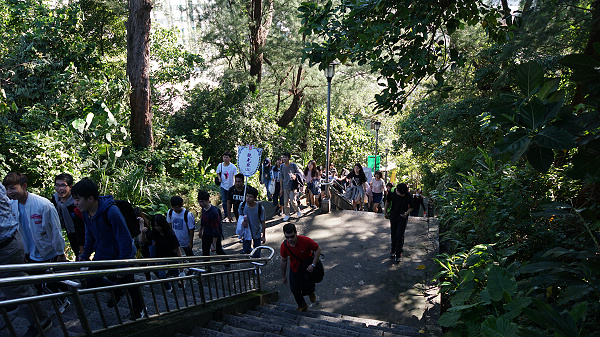 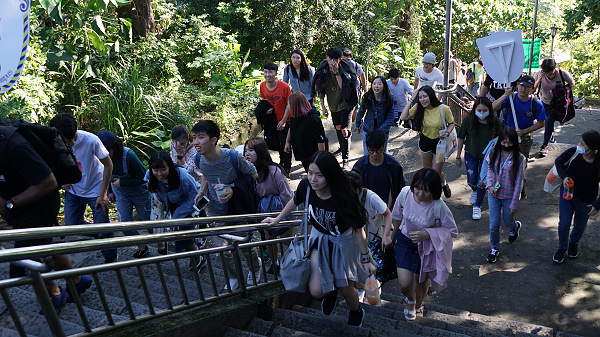 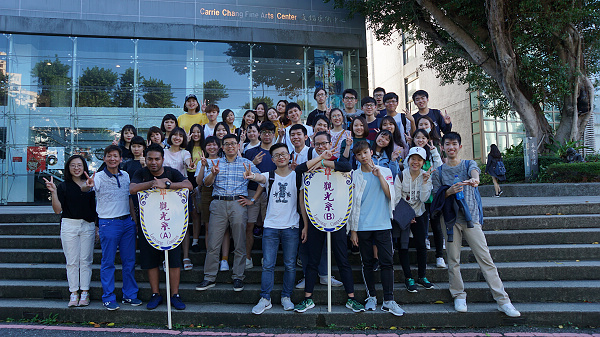 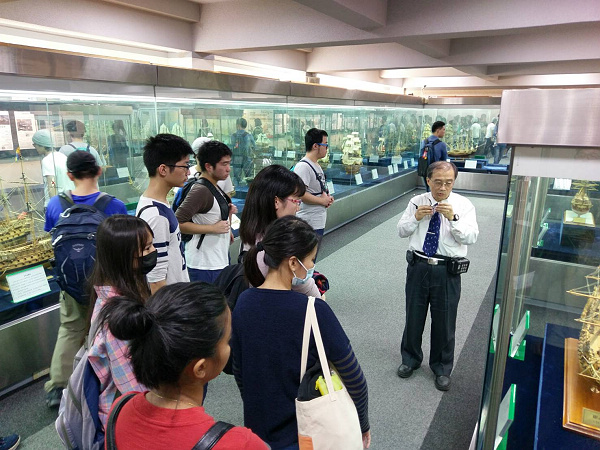 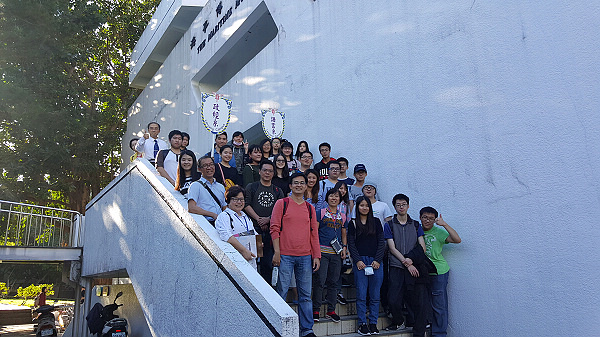